Upgrade your pantry with luxurious Thermomix versions of all your favorites. Make easy homemade curry pastes and pestos, and lines your shelves with delicious jams, spreads and preserves. 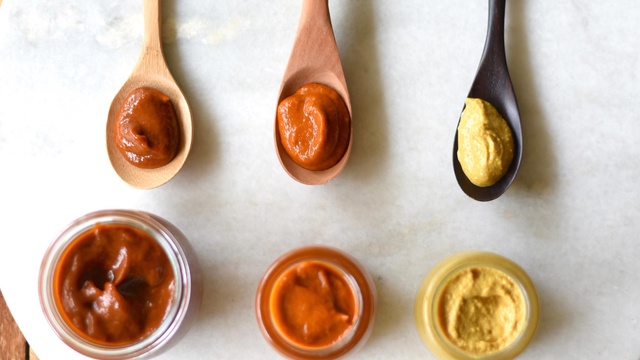 Our Smoky BBQ Sauce is an all-in-one recipe that lifts the lid on the "secret" that makes the sauce. Throw your ingredients into your Thermomix and let the flavors get to know each other for about an hour, season to taste depending on how much heat you like and what direction you'd like to take it in. Slather on ribs, burgers, wings – even vegetable skewers, jackfruit, tofu – you name it, this sauce will rev it up. 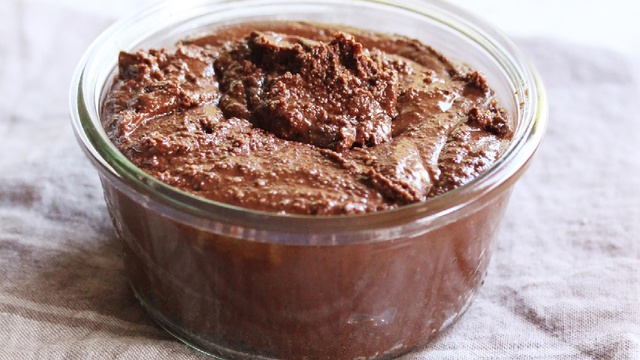 Our Mocha Walnut Butter is exactly what you think it is – the ultimate nut butter with a hint of sweetness and plenty of aroma. It is rich and indulgent without any questionable ingredients; just all of the relevant parts to make its flavor stand out. After 10 minutes of toasting the walnuts to intensify their flavour, they're blended (whilst warm) with the other ingredients to emulsify and then set. Spread this on literally anything, use it in baking or simply eat it by the spoonful. 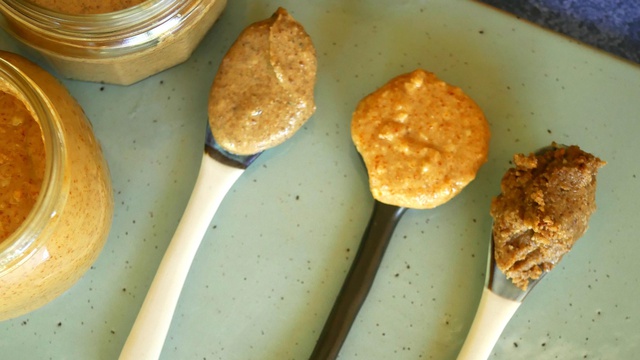 Our Thermomix Sunbutter is a delicious alternative to nut butter, that packs just as much flavour and crunch as the originals, and much fewer additives than store-bought. Use this for toast, baking, smoothies or anything that you'd like a little crunch and flavor to. We recommend on top of apple slices and weekend pancakes, but the choice is yours! It only takes 15 minutes, and can be kept for up to 3 months unrefrigerated, so you have time to explore the many ways you can use it. 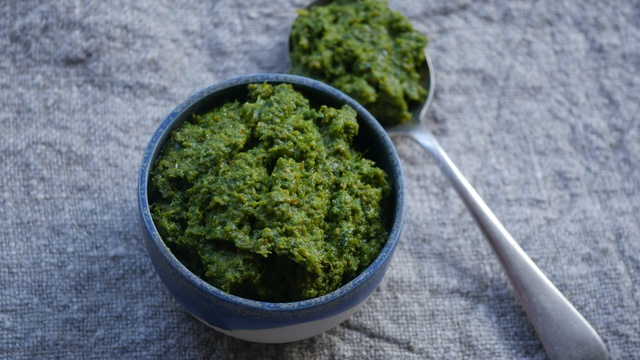 In keeping with the idea that making your own pantry items augments all of your cooking, we created a no-fuss Thai Green Curry Paste. This particular recipe renders a herbaceous, aromatic and well balanced paste with which you can base your curries and soups on, or even to dress your noodles and salads. The options are many and the payoff will be great. Low on spice but high in flavor, try your hand at this for a mellow and fragrant ace up your sleeve. 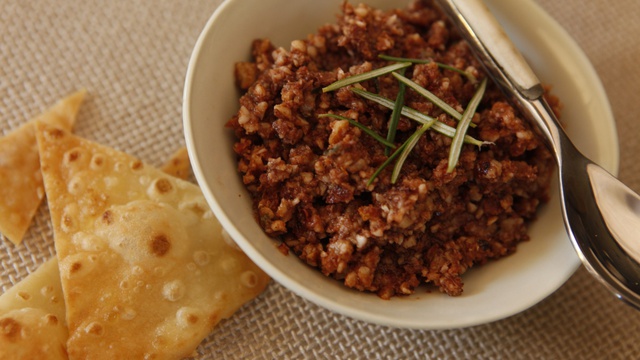 This Tuscan Almond Pesto is a reworking of the classic sauce that can be used for almost everything. Instead of the traditional ingredients we have substituted rosemary for basil, almonds for pine nuts and sun-dried tomatoes for parmesan. The result is a savory and nutty sauce that is quite textural, a touch gritty and very more-ish. With some olives for salt and some balsamic vinegar to balance out with a hint of sweetness, this sauce is a well rounded and unique one that will definitely impress. 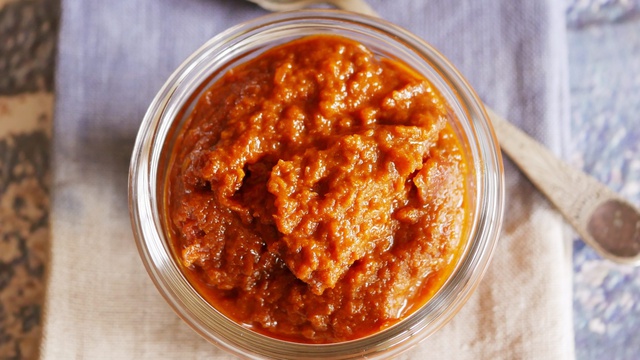 Kasundi is generally used in Bengali as a type of mustard sauce. It's a pungent paste of fermented mustard seeds, spices and sometimes dried fruits and olives, popular as a dipping sauce. We created a not-so-authentic version that's a touch more friendly than home fermentation, thanks to the help of your Thermomix. Try this on anything that you'd like to make less pedestrian, think sandwiches and soups, to dress up eggs or dip meat into. 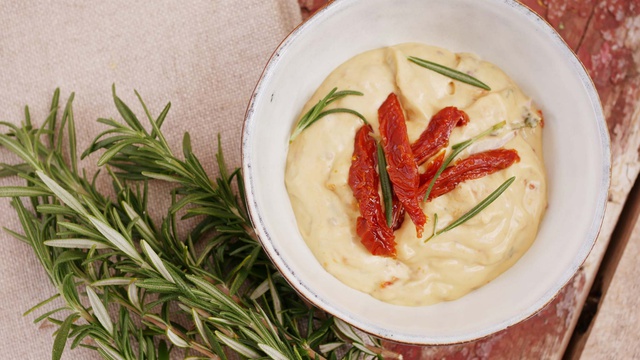 Mayonnaise is lauded as the perfect condiment, but improving upon perfection is part of our gig here. We created Sun Dried Tomato Mayonnaise with that in mind, and really it's an incredibly versatile sauce that can be used as simply as for dipping fries into, on a sandwich, all the way through to the base of your potato salad that deserves a makeover. If you have never delved into making your own mayo before, prepare to lose all loyalty to store-bought condiments. 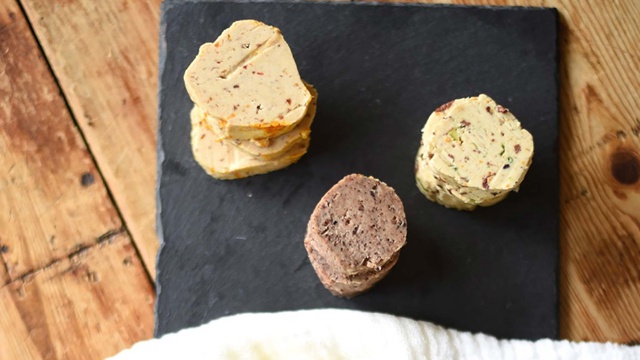 It is universally known that butter is incredible – French cuisine largely has it to thank for its fame – but what if you could improve upon perfection? We give you Cacao Nib Butter! This can be used for anything, from baking to toast, smeared on banana bread or anything your imagination conceives. It keeps well frozen, and can be called up to the plate at a moment's notice. 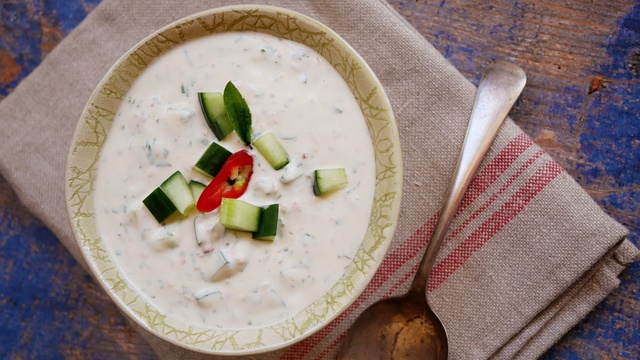 Classics are classics for a reason – that's why we had to include Yogurt Mint Dip as part of our easy pantry recipes for your Thermomix. As you probably have seen, we have a whole spectrum of curry recipes, many of them being hot and spicy, needing something cooling and refreshing on the side. What could be more suitable than mint, cucumber and greek yogurt? Toss all of your ingredients in to blend and serve as a side, a standalone dip or even a salad dressing. 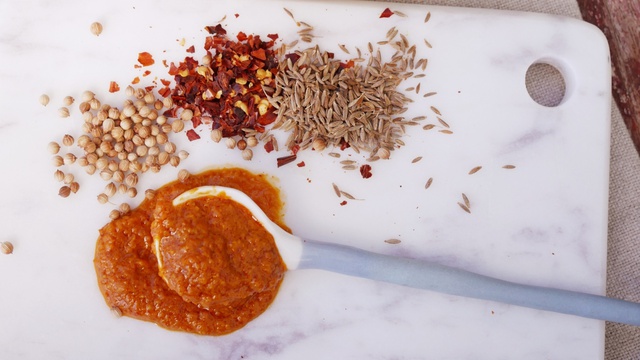 This recipe has much disputed origins, nobody is quite able to get to the root of where Tikka Masala came from, be it the UK, Bangladesh, Pakistan or India. Whilst it is one of the most popular dishes in Britain, it most certainly is not traditional Western food, nor is it traditionally Southern Asian. Despite the uncertainty, it is adored worldwide, of course became highest priority to create a Thermomix recipe in its honor. Its warm and spicy tones will rescue any dreary weeknight dinner, so make the paste now for a free pass next week.

Find free recipes for your Thermomix TM31, TM5 and TM6.